Google Earth just updated its imagery, bringing LondonÂ up to date with 10cm resolution photography from Blue Sky.Â  2lmc did the shadow-forensics to date it around February of this year, so it's a crisp winter morning. 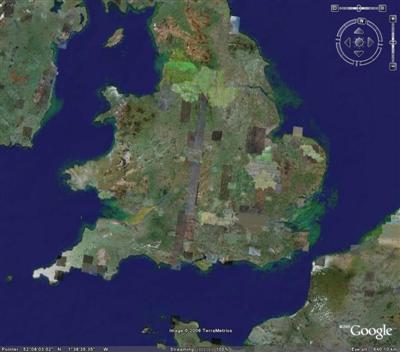 One artefact of Google's variable coverage is the patchwork effect their updates have on the world.Â  The UK has strips of photography from this provider or that provider, but some of the coverage remains plain old 15m landsat.Â  Ironically some of the low-resolution stuff actually looks the best when viewed at a distance.Â  The high-resolution stuff has been over-processed and resampled beyond recognition, and that'sÂ a real shame. 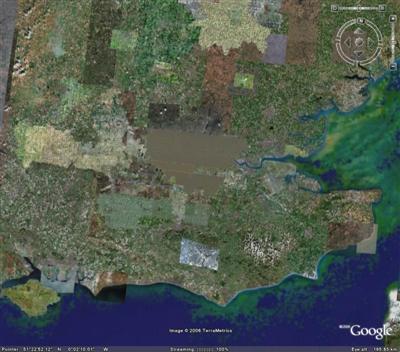 Greater London is particularly bad at the moment, coming out a muddy brown that looks like the result of aggressive high-pass filtering (useful for making tiling textures in games, and apparently fpr getting aerial photos to stitch together). 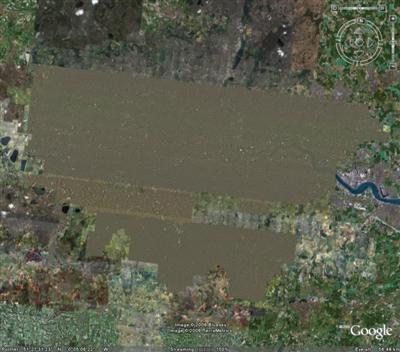 Coming in closer you realise the Thames is completely obliterated. 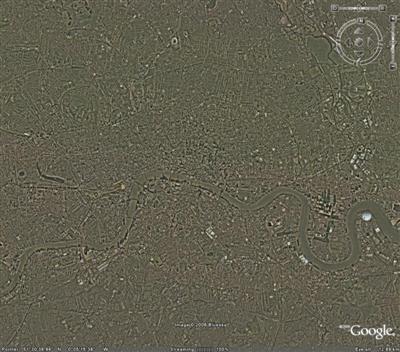 The only reprieve is that close up the detail is fantastic, and these shadows on the Thames are gorgeous, like architectural elevation drawings.Â  See also the amazing crowds in Trafalgar Square. 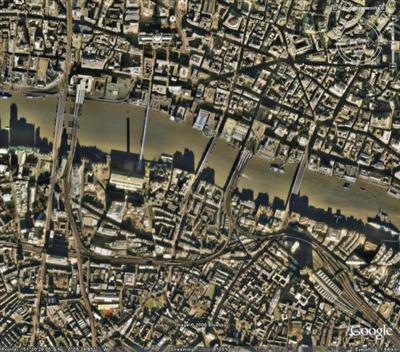 Perhaps the resampling system could be tweaked to fix the brown patch though.Â  I mean, in some ways it reflects reality (London is a horrible confusing mish-mash until you concentrate on one particular area for a while), but in other ways it rather spoils the illusion of a seamless view from space.Â  Of course there are no seams if everything is one colour!